By MrTechpathi August 08, 2011
As posted earlier about  Lenovo IdealPad K1 and ThinkPad tablets may hit market soon, ThinkPad tablet has passed Federal Communications Commission (FCC) test and fixed its target date to release this tablet by end of this August.

FCC filing includes a line drawing of Thinkpad's backside which doesn't reveal nothing about the tablet.Anyway we have seen leaked shots of this Tablet previously.ThinkPad which is designed totally for enterprise will be having specifications which will be almost same as its sibling IdealPad. 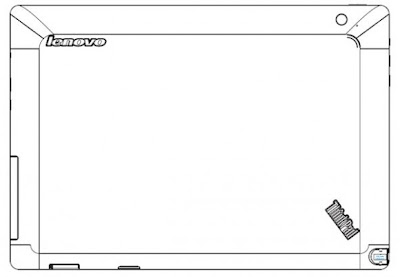 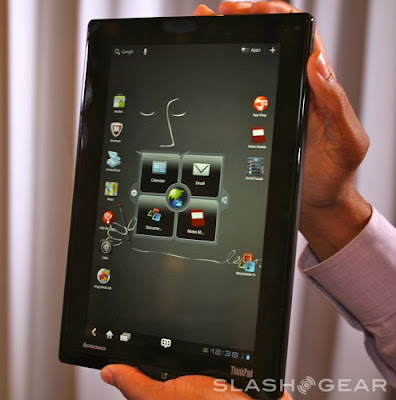