By MrTechpathi August 01, 2011
This story started this year April ,when Apple sued Samsung in U.S, claiming Samsung Galaxy products are using Apples look and feel technology used for iPad and iPhone. From past, Apple and Samsung has mutual relationship in this digital market. Samsung is the one which supplies chips for Apple.

When Samsung introduced its Galaxy, it became a killer product for Apple iPhone. Apart from similar features it was sold with less price tag compared with Apple.All these lead Apple to file law suits against Samsung for copying its technology.

Now Samsung has stopped Samsung Galaxy 10.1 tablet release in Australia until court decision. If Apple loses the case, it has agreed to pay Samsung the damage.We need to wait and see who wins and who loses. 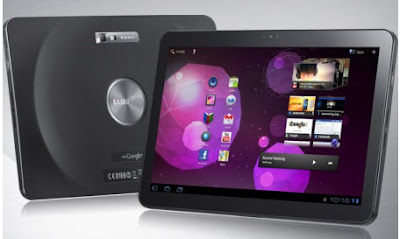