Film On Air free for FilmOn US based subscribers

Looking at news about FilmOn.com shipping "FilmOn AIR" device free for its US based Subscribers, I feel that Television will be part of Smartphone in near future.

Coming to FilmOn.com, its is the World's first Internet based HD Virtual Cable TV Service.Alki David, CEO and Founder of Film said “FilmOn has licensed over 120 HD online television channels and has even launched its own College Sports and Live Soccer Channels but the challenge has been in legally bringing Major Network programming to our lineup whilst respecting the Network’s traditional business models.”

FilmOn AIR is a device which can be plugged into any device like Windows, Mac, Android and Apple iPhone, iPad, iPod iOS to watch TV channels which are already being transmitted by the Networks or other local Broadcasters. 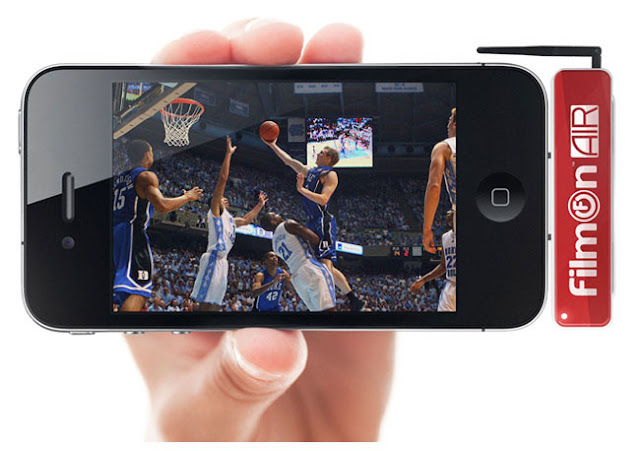 FilmOn AIR is also delivering the EPG (Electronic programming guide) that lets Users set a reminder for their favourite TV shows. FilmOn AIR also has a built-in battery and is good for up to 5 hours of use. Users can also plug it in to an electrical supply through the secondary slot. Windows and Mac Installers come ready on board the device.

FilmOn AIR, is free with every annual US based subscription to FilmOn which costs $149.95 for the basic package. FilmOn AIR retails for $ 95.95, allowing Users to watch or record their favourite TV shows. The ever popular FilmOn App contains 120 online HD Channels. The next generation of the FilmOn App will contain the FilmOn AIR tuning application and will be available in February for free download in the Apple App Store or the Droid Market Place. Windows and Mac installers come ready on board with an extra Easter Gift bundled inside.

As I wish, this FilmOn AIR should be made compact and should be embedded into all Smart Phones for easy access of TV channels. Hope that dream will come true soon.