By MrTechpathi November 25, 2013
A rivalry has raged between operating systems (OS) since a choice became available decades ago. The rivalry has now extended to smart phones and other mobile devices like tablets. The two main competitors today are Android and Apple. Making a choice may seem difficult, but here are five reasons to choose Android over Apple. 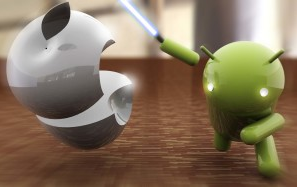 Android has a much larger share of the worldwide market than Apple. It is also easier for small businesses and individuals to develop programs for Android. This has resulted in a much larger selection of apps for the OS. Additionally, Android apps do not have to be approved before they can be released. Apple actively restricts what apps are available.

Nearly every part of the Android OS is far more customizable than any Apple device. For instance, Android devices can have the home screen customized; there are ways to switch the default apps for different tasks; Android has widgets that provide live information right on the home screen; and it is even possible to root an entirely different version of the Android operating system.

Android was designed to work with many different hardware configurations. The iOS was designed to work exclusively with hardware setups approved by Apple. Because of this difference, there is a much wider selection of devices and hardware components when using Android. The OS can easily manage devices with SIM cards, extra pluggable storage, and nearly any other type of component.

Though both Android and Apple provide multitasking abilities, Android allows for much easier, more efficient, and more robust multitasking. Swapping between active apps on an Apple device can be cumbersome. Android devices have a simple multitasking button that is always accessible. This makes it easier to switch quickly between running apps and recently closed apps.

The final reason to choose Android over Apple is cost. The truth is that Apple products cost more because there is a premium attached to the brand. The distribution structure for Android lowers the initial overhead for manufacturers. It is also possible to get Android devices that have newer and more powerful hardware features than the tightly regulated Apple products. Lower cost allows for a better value when choosing Android.

It is always important to look beyond the marketing, especially when choosing an OS for a mobile device. Although Apple has established a very recognisable and valuable brand, the products do not always meet the needs of modern consumers. The large market share Android enjoys today is because the OS is functional, customisable, and powerful.

About the author: A recent college graduate from University of San Francisco, Anica is a full-time freelance writer. She has already done articles for a variety of industries, ranging from technology to beauty to health. She loves dogs, the ocean, and anything outdoor-related. For questions about SIM cards and the Bell.ca Android OS, check out the electronics experts at Bell.