The Future of the Laser in Technology

By MrTechpathi June 01, 2014
Lasers are an advancement in engineering and technology that has numerous versatile uses. In present day, we can recognise lasers to be used in TVs , science and as sources of cutting into materials.

As expected, lasers in technology have a huge future in front of them that will potentially change the face of modern technology and science.

Each sector that makes use of the laser can anticipate a positive impact made by developing technologies. 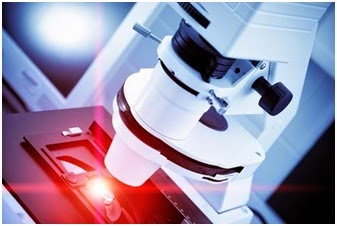 There are already sectors within the technology sector that will use new developments that promise to only better their success.

Familiar uses of lasers in technology can be broken into some of the following groups:

Laser Eye Surgery
This is the process in which the laser reshapes the cornea of a bad sighted eye and aims to correct it to a regular eye format that hopes to help the patient see better - removing any short or long sightedness they may have.
These compact lasers have a fantastic ability to change the human eye, and is now undergoing expansion to push the phenomenon even further.
An even more precise laser eye surgery is to be carried out and the number of cases where it has actually worked, is to be expanded.

Tattoo Removal
Tattoo removal consists of the process of using a laser to burn away the ink from inside the skin cells. Currently, it is known to never completely rid the traces of ink as there is always brutal scars in the skin left afterwards.

The technology of laser tattoo removal has a promising future, and there is sure to be an expansion in its capabilities. As tattoos are becoming a fad that many people think will fade, meaning more people will want rid of their tattoos, there has to be technological development. The process of tattoo removal is very painful and in the future, new laser beams could be able to completely rid the ink in a painless way.

Laser TV
LCD screens and Plasma screens are becoming increasingly more expensive as they offer a high definition for viewers. Laser technology is something that will be adopted by TV manufacturers to produce a high quality screen at a cheaper price. A laser TV will be much thinner than a Plasma and an LCD as well as more energy efficient. Some companies have already started making this technology and others are yet to follow.
Some of the following concepts are set to be carried out in future years.

Lightning Control
In central Florida, optical scientists have researched and invented a laser with the capability of sending beams of a high intensity through the depths of the atmosphere. The potential of this laser’s ability to travel such a far distance was not previously possible, therefore this development is one that is exciting.
The aim of this growth sets to divert lightning bolts away from threatened buildings. With a little more laboratory work, this laser technology could be well on its way to stopping direct lightning bolts.

Due to diffraction, where light is is bent through the air, previous attempts to send high intensity beams of laser was impossible as the light of the laser would soon get lost in the deeper atmosphere. So, with these new experiments, the scientists managed to mix a beam of high intensity with one of low intensity, thus allowing these beams to work together in letting light travel further.
Because this evolution has been worked on, beams could reach up to 165 feet, making the control of lightning a high possibility.

Preserving History
The Egyptian monument, Cleopatra’s Needle, stands anciently in all 3 of Paris, London and New York. Although named after Cleopatra of Egypt, there is no established relation between the architecture and her. The New York obelisk has stood since 1881 but has become a wreck of what looks like a construction site. The building has been through a lot of pollution and been dragged through dirt after being dug up from the Nile.

The Central Park conservancy have now made the move of cleaning it up and workers are using lasers to rid all of the dirt and grime.

They have carefully made sure that the lasers will only remove the surface and leave the valuable layers unharmed.

Cinema
The IMAX has recognised the evolution of home screening and how new technology has advanced the way in which we can watch films at home in any in house cinema technology we may have.
According to the CTO of IMAX, laser technology will be the future of cinema viewing and give cinema goers an experience worth paying for.

The laser lighting in the projection will thus brighten colours to a high intensity and create a much more life-like on screen picture. The white and black colours in the film will be fresher and to a better degree of darkness/brightness.

High resolutions in movie viewing are vital in keeping an audience engaged, as it brings the depth of on screen detail closer to our eyes and gives us a better insight to the story being portrayed.
IMAX promises that by 2015, laser cinema will have been trialled and tested and if successful, epic films such as Avatar, may be enhanced to make it an even more visually stunning film.

It is amazing that lasers can be used in such a variation and be successful in each way it is used.
Laser technology will always be vital to modern engineering as it will offer some of the fastest and top quality delivery, particularly in future weapons, science and the medicine sector.

Do you like this blog?  What do you think about the future of the laser in technology? Let us know in the comments.
This blog was written by Jennifer Smith on behalf of  YorkshireProfiles , Laser cutting, water jet cutting and metal fabrication company